Blazing Your Own Trail: Strategies for Foreign Entrepreneurs to Obtain the EB-1C Multinational Manager/Executive Green Card 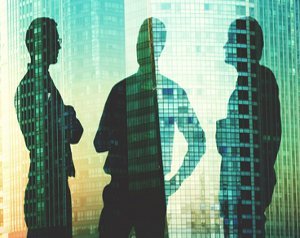 Obtaining employment-based permanent residence in the U.S. can be a long and arduous road for many foreign nationals, especially for those relying strictly on the sponsorship of a U.S. employer.  However, for the entrepreneurial foreigner, the EB-1C multinational manager/executive category for permanent residents offers an excellent and much more efficient alternative.

To be granted EB-1C permanent residence, the applicant must have been employed by a firm or corporation outside the United States for at least one year in the three years preceding the filing of the EB-1C petition, and must be seeking to enter the United States to continue service to that firm or organization. The employment abroad must have been in a managerial or executive capacity and with the same employer, an affiliate, or a subsidiary of the intended U.S. employer.  Additionally, the petitioning U.S. employer must have been doing business for at least one year as an affiliate, a subsidiary, or as the same corporation or other legal entity that employed the applicant abroad.

So how can the entrepreneur take advantage of EB-1C?

There are many ways, but here are just a few examples:

L-1A to EB-1C:  To begin, the entrepreneur can launch his or her company abroad, and serve in an executive or managerial capacity with that company for one year.  At the same time, or at any other time, the entrepreneur can launch a U.S. branch office, affiliate, or subsidiary of the foreign company.  After working abroad for one year, the entrepreneur can apply for an L-1A visa to enter the U.S. as an intra-company transferee.  The L-1A status can be renewed for a maximum of seven years.  Once the U.S. office has been operational for at least one year, the entrepreneur can use the U.S. office as the petitioning employer for EB-1 multinational manager/executive permanent residence.  The requirements for L-1A and EB-1C are very similar, and having previously been in L-1A status is often considered a positive by the government in looking at the EB-1C application.

E-2 to EB-1:  This strategy works similarly to the L-1A to EB-1C plan, although only nationals of certain qualifying countries are eligible for E-2 visas.  The entrepreneur begins by launching his or her company abroad and serving in an executive or managerial capacity for at least one year.  Simultaneously, or at any other time, he launches a new company in the U.S. which is also a branch office, affiliate, or subsidiary of the foreign company.  The entrepreneur must make a “substantial” investment in the new U.S. company, though there is no set minimum investment required.  He then enters the U.S. to develop and direct the U.S. company.  Once the U.S. office has been operational for at least one year, the entrepreneur can use the U.S. office as the petitioning employer for EB-1C multinational manager/executive permanent residence.

EB-1C Direct:  For the entrepreneur who is not interested in reaching EB-1C via L-1A or E-2, he or she may simply launch parallel companies in the U.S. and his or her home country, making sure those companies are connected as affiliates, parent/subsidiary, or otherwise part of the same legal entity.  The entrepreneur can then serve for at least one year in an executive or managerial capacity with the foreign company, while simultaneously developing the U.S. company from abroad.  Once the U.S. office has been operational for at least one year, it may serve as the petitioning employer of the entrepreneur for EB-1C multinational manager/executive permanent residence.