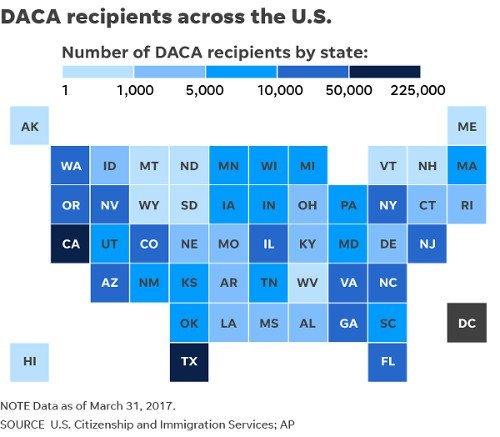 A third federal judge on Tuesday April 24 overruled the Trump Administration’s order to end the Deferred Action for Childhood Arrivals (DACA) immigration program.  This ruling on the DACA program will not take immediate effect.

Federal Judge John Bates delayed application of the ruling for 90 days. Judge Bates added the 90 day delay to allow the administration to make its case in a new memo justifying the end of the program. 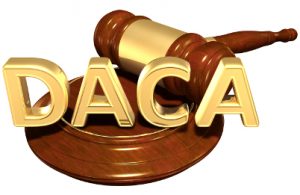 The decision made by U.S. District Court Judge John D. Bates stated that the Department of Homeland Security’s explanation for ending DACA was “too flimsy and ultimately, unpersuasive”.

In his 60-page opinion, Bates wrote, “DACA’s rescission was arbitrary and capricious because the Department failed adequately to explain its conclusion that the program was unlawful. Neither the meager legal reasoning nor the assessment of litigation risk provided by DHS to support its rescission decision is sufficient to sustain termination of the DACA program.”

DHS Has 90 Days to Reply to New Ruling 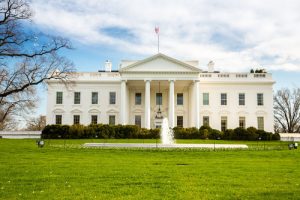 Bates said that if the government does not come up with a better explanation within the given period of time, the Trump administration’s order to repeal DACA would be vacated. At that time the Department of Homeland Security will have to “accept and process new – as well as renewal – DACA applications”.

In response to Bates’ ruling, the Justice Department stood by their original reasoning and said DACA is an “unlawful circumvention of Congress”.

“The Department of Homeland Security, therefore, acted within its lawful authority in deciding to wind down DACA in an orderly manner. Promoting and enforcing the rule of law is vital to protecting a nation, its borders, and its citizens. The Justice Department will continue to vigorously defend this position, and looks forward to vindicating its position in further litigation,” spokesman Devin O’Malley said.

DREAMers were surprised in September 2017 when President Trump announced that he was planning to phase out DACA. His executive order allowed renewals till March 5, 2018. After that date, no new permits would be issued.

That left many DREAMers in a state of panic, as they would be exposed to deportation without DACA protections. And they would lose the work permits that came with DACA.

According to the September 2017 DACA ruling, DACA protection was set to expire on March 5, 2018. Eligible DACA recipients were given one month to apply for one last renewal. Reports state that this arrangement would have resulted in close to 700,000 people having their work permit and quasi-legal status expire over a period of two years.

Judges in San Francisco and New York ruled that legal challengers were likely to prevail in their arguments that the Trump administration acted arbitrarily and abused its discretion. The judges said presidents can change policy on issues like immigration but must do so in a more reasoned and deliberate way. And they said Mr. Sessions wasn’t correct that DACA was an unlawful action by Mr. Obama.

The battle in the courts started when U.S. District Judge William Alsup in California ruled that the Trump administration wrongly ended DACA.

Judge Alsup in the U.S. District Court in San Francisco temporarily, and partially, blocked the Trump administration action, ruling that it had to continue processing DACA renewals while a legal challenge proceeds. It doesn’t have to accept new applications. USCIS announced it would abide by that ruling. The administration has appealed the District Court decision and said it would request a direct Supreme Court review.

“Due to a federal court order, USCIS has resumed accepting requests to renew a grant of deferred action under DACA,” USCIS said in an update posted online Saturday.

“Until further notice, and unless otherwise provided in this guidance, the DACA policy will be operated on the terms in place before it was rescinded on Sept. 5, 2017,” the update said.

In his order on Tuesday, U.S. District Judge Alsup said that the Trump administration’s move to rescind DACA was done without following the proper legal procedures, and that the federal government would have to “maintain the DACA program on a nationwide basis” while legal challenges play out in court. DREAMers who have never received DACA protections, however, will not be allowed to apply, Alsup ordered.

“DACA has provided recipients with a major benefit, namely work authorizations for a period of deferral upon a demonstration of economic need. This has allowed DACA recipients to become part of a mainstream workforce and contribute openly to our economy,” Alsup wrote.

A nationwide injunction was issued by Judge Nicholas G. Garaufis of Federal District Court in Brooklyn. His action came one month after a court in California also ruled that the administration needed to spare DACA, or Deferred Action for Childhood Arrivals. Judge Garaufis’s ruling in many ways echoed the one issued by Judge William Alsup of Federal District Court in San Francisco.

But it also offered additional reasons for why DACA should remain in place as the case continues through the courts. And it detailed the harms that its repeal would cause to young immigrants and others. 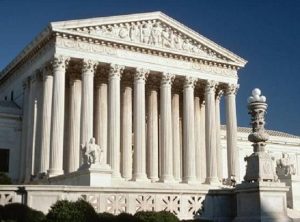 The Supreme Court declined to take up an administration appeal that sought a quick end to the DACA program protecting young, undocumented immigrants who came to the U.S. as children.

In 2017, the largest concentrations of those with initial DACA approvals were in California (28 percent) and Texas (16 percent), according to USCIS. About 5 percent of initial DACA approvals came from New York; another 5 percent came from Illinois, and 4 percent came from Florida. But there have been DACA recipients from all 50 states, plus the District of Columbia, Puerto Rico, Guam, the U.S. Virgin Islands and the Northern Mariana Islands.

Mr. Verdin focuses on advising companies on structuring entities, acquisitions, and strategic expansion to satisfy US immigration E-1, E2, L1A, L1B, or EB-1 objectives in a variety of fields. These business opportunities include real estate, aviation, technology, manufacturing, retail, luxury goods, and professional services. Additionally, he litigates deportation defense matters throughout the US.

VERDIN boasts a combined 70 years of experience in immigration law. Since its inception, VERDIN has gained a reputation for prevailing in even the most complicated immigration matters.

“As a Board Certified, Immigration Lawyer (Texas Board of Legal Specialization) with over 17 years of experience, my passion is immigration law. We will listen to your concerns, answer all your questions, and expertly guide you through your immigration process.” ~ Isaul Verdin, Founder and Managing Attorney

There are several ways to contact VERDIN. Please read the options below and reach out to us. 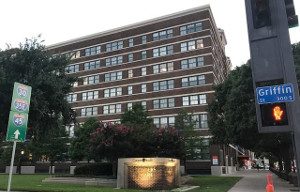