Treaty Countries for US E Visas

Note: This page was last updated 4-22-18.
For the latest updated USCIS information, go to: Treaty Trader and Investor Visas.

Treaty Trader (E-1 Visa) and Treaty Investor (E-2 Visa) visas are for citizens of countries with which the United States maintains treaties of commerce and navigation.

E Visa Applicants must be coming to the United States to: 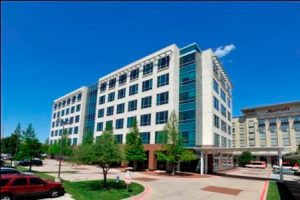 VERDIN’s business and investor group provides help to clients wanting to establish and/or expand their business operations in the United States.

We have helped clients in multiple industries to include: international trade, real estate, restaurants and hospitality, technology, beauty and fashion, retail and services.

This information table below is current as of April 2018. For the most recent updates, please see USCIS Treaty Trader and Investor Visas.

1. China (Taiwan) – Pursuant to Section 6 of the Taiwan Relations Act, (TRA) Public Law 96-8, 93 Stat, 14, and Executive Order 12143, 44 F.R. 37191, this agreement which was concluded with the Taiwan authorities prior to January 01, 1979, is administered on a nongovernmental basis by the American Institute in Taiwan, a nonprofit District of Columbia corporation, and constitutes neither recognition of the Taiwan authorities nor the continuation of any official relationship with Taiwan.

4. France – The Treaty which entered into force on December 21, 1960, applies to the departments of Martinique, Guadeloupe, French Guiana and Reunion.

6. Netherlands – The Treaty which entered into force on December 05, 1957, is applicable to Aruba and Netherlands Antilles.

7. Norway – The Treaty which entered into force on September 13, 1932, does not apply to Svalbard (Spitzbergen and certain lesser islands).

8. Spain – The Treaty which entered into force on April 14, 1903, is applicable to all territories.

9. Suriname – The Treaty with the Netherlands which entered into force December 05, 1957, was made applicable to Suriname on February 10, 1963.

11. Yugoslavia – The U.S. view is that the Socialist Federal Republic of Yugoslavia (SFRY) has dissolved and that the successors that formerly made up the SFRY – Bosnia and Herzegovina, Croatia, the Republic of Macedonia, Slovenia, Montenegro, Serbia, and Kosovo a continue to be bound by the treaty in force with the SFRY and the time of dissolution.